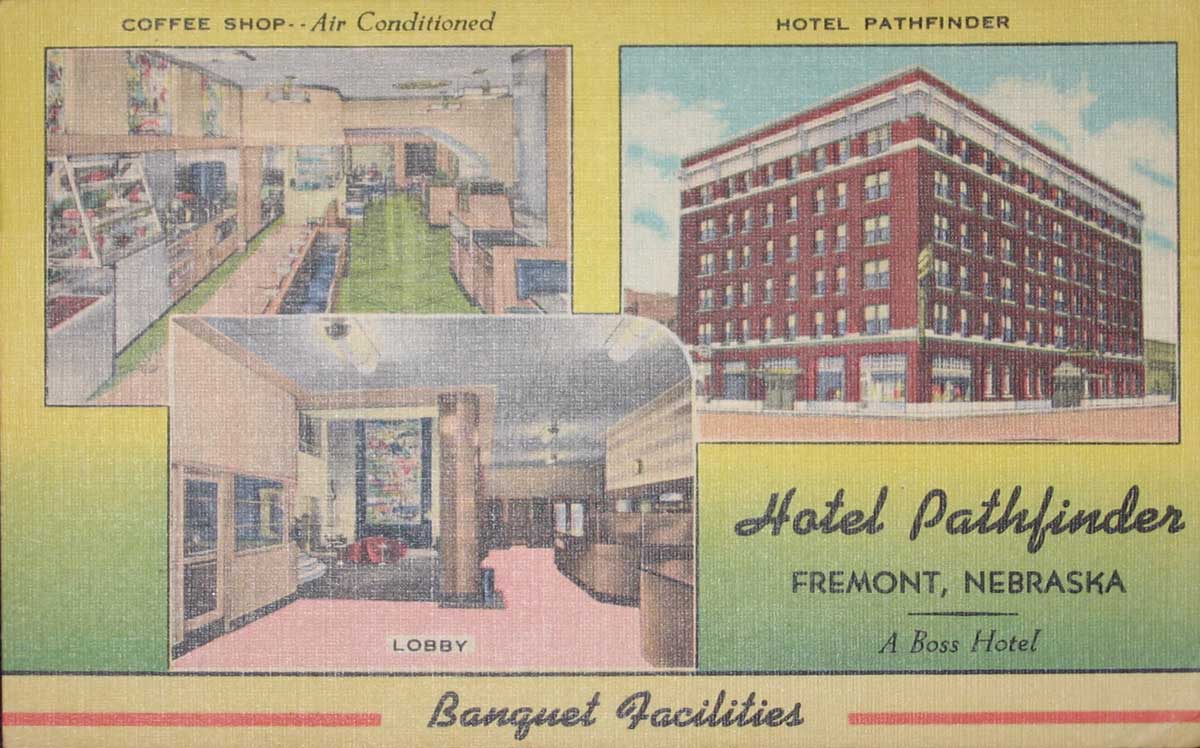 Over the summer I made a stop at an antique store in North Saint Paul, Minnesota, during a car show. It's typically a bad idea for me to step foot in an antique shop, especially when one of my companions drags me in stating that I should see the old beer cans and bottles they have for sale.

As I headed back to the old cans I passed shelves and shelves of postcards, my main weakness when it comes to antique shops. Especially when they were as neatly organized as they were here. Two whole aisles with shelves of boxes, sorted by state and alphabetically by city. On a whim I thought I'd search for my hometown of Fremont, Nebraska. Sure enough, in one of the boxes there was a complete stack from Fremont.

I quickly went though looking for ones that interested me and came up with about eight. One being this postcard from the Hotel Pathfinder in 1946.

The back of the 1946 postcard also included a message that was mailed to someone in Iowa. I always find it interesting to find correspondence from people who had passed through my home town decades before I was even born, giving me a glimpse into their life. It also find it interesting that some of these, mailed to Chicago or elsewhere, find their way back to Fremont--or in this case Minnesota--to be sold in an antique shop only to end up in an former Fremonter's hands. It is a small world and these cards have had an amazing journey.

I post the Pathfinder postcards today as it is the anniversary of the tragic explosion that occurred on January 10, 1976. I've written about it several times on this site including posting the pictures that my grandparents took of the reaction and devastation as the fire raged in the downtown establishment. 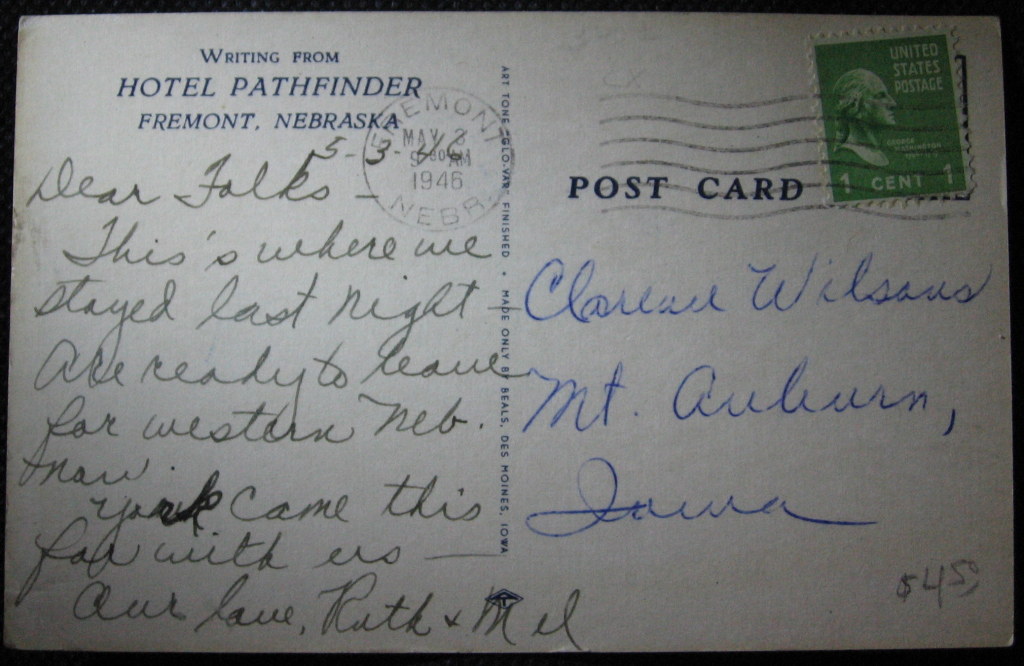 Back of Hotel Pathfinder Postcard dated May 3, 1946.
Scanned image of back of post card with a handwritten note

Back of the postcard reads:

Dear folks, This is where we stayed last night. Are ready to leave for western Nebraska now. Yarik came this far with us. Our love, Ruth and Mel